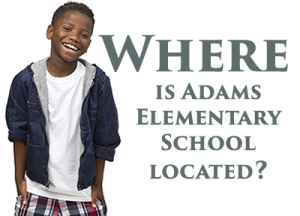 The Adams School originally opened in 1878 to serve the children of the surrounding neighborhood, now known as Forest Park Southeast. In 1993, the school, a naturally integrated school, was closed and the children of the community began to be transported to over thirty different schools throughout St. Louis City and County. In addition, a 1996 study conducted by graduate students at the Washington University George Warren Brown School of Social Work found that only an estimated 300 of the 1405 children living in the neighborhood had access to some type of recreational activity.

In the late 1990s, McCormack Baron Salazar and Forest Park Southeast Housing Corporation led a community-driven master planning process with the goal of enhancing the long-term viability of the neighborhood. The subsequent Revitalization Plan had re-opening Adams School with an adjacent community center as a first priority.

In March of 2000, the St. Louis Public Schools Board provided $8 million dollars for the effort as part of a public-private partnership with Washington University Medical Center. The Adams School re-opened August 2001 as a pre-kindergarten through fifth grade site-based managed school. The school is a “school of excellence” for neighborhood children and has set out to prove to neighborhood parents that Adams School can provide their children with a quality education. 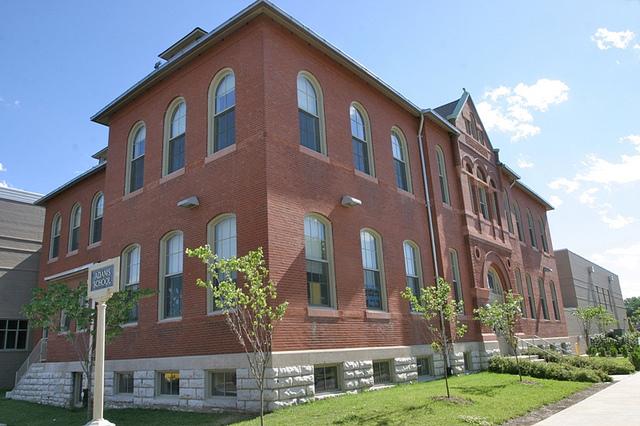 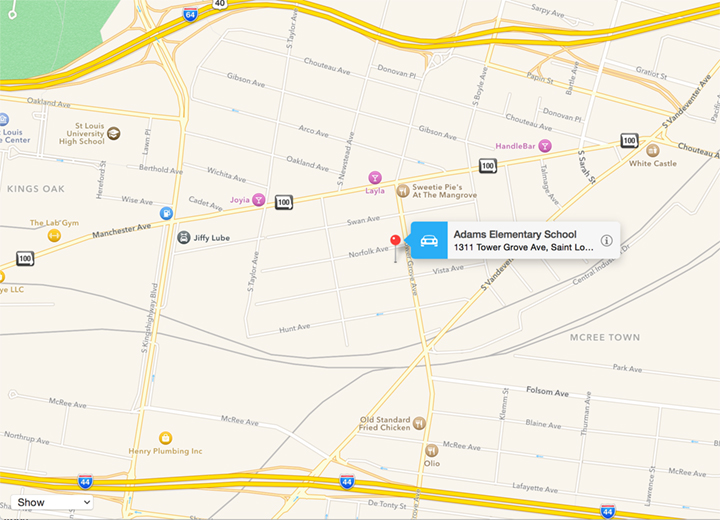 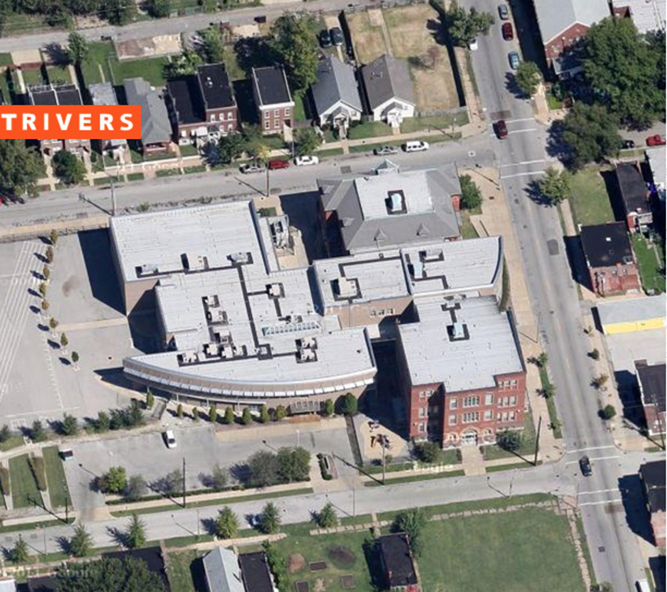 Aerial View from the South