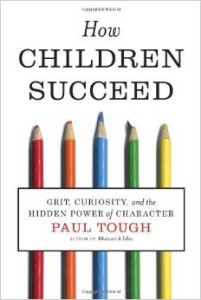 How Children Succeed – Grit, Curiosity and the Hidden Power of Character

“Drop the flashcards—grit, character, and curiosity matter even more than cognitive skills. A persuasive wake-up call.”—People

Why do some children succeed while others fail? The story we usually tell about childhood and success is the one about intelligence: success comes to those who score highest on tests, from preschool admissions to SATs. But in How Children Succeed, Paul Tough argues that the qualities that matter more have to do with character: skills like perseverance, curiosity, optimism, and self-control.

How Children Succeed introduces us to a new generation of researchers and educators, who, for the first time, are using the tools of science to peel back the mysteries of character. Through their stories—and the stories of the children they are trying to help—Tough reveals how this new knowledge can transform young people’s lives. He uncovers the surprising ways in which parents do—and do not—prepare their children for adulthood. And he provides us with new insights into how to improve the lives of children growing up in poverty. This provocative and profoundly hopeful book will not only inspire and engage readers, it will also change our understanding of childhood itself. 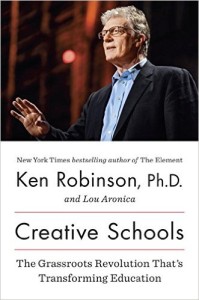 Ken Robinson is one of the world’s most influential voices in education, and his 2006 TED Talk on the subject is the most viewed in the organization’s history. Now, the internationally recognized leader on creativity and human potential focuses on one of the most critical issues of our time: how to transform the nation’s troubled educational system. At a time when standardized testing businesses are raking in huge profits, when many schools are struggling, and students and educators everywhere are suffering under the strain, Robinson points the way forward. He argues for an end to our outmoded industrial educational system and proposes a highly personalized, organic approach that draws on today’s unprecedented technological and professional resources to engage all students, develop their love of learning, and enable them to face the real challenges of the twenty-first century. Filled with anecdotes, observations and recommendations from professionals on the front line of transformative education, case histories, and groundbreaking research—and written with Robinson’s trademark wit and engaging style—Creative Schools will inspire teachers, parents, and policy makers alike to rethink the real nature and purpose of education. 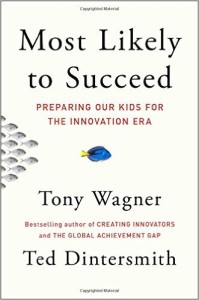 Most Likely to Succeed – Preparing Our Kids for the Innovation Era

From two leading experts in education and entrepreneurship, an urgent call for the radical re-imagining of American education so that we better equip students for the realities of the twenty-first century economy.

Today more than ever, we prize academic achievement, pressuring our children to get into the “right” colleges, have the highest GPAs, and pursue advanced degrees. But while students may graduate with credentials, by and large they lack the competencies needed to be thoughtful, engaged citizens and to get good jobs in our rapidly evolving economy. Our school system was engineered a century ago to produce a work force for a world that no longer exists. Alarmingly, our methods of schooling crush the creativity and initiative young people need to thrive in the twenty-first century.

In Most Likely to Succeed, bestselling author and education expert Tony Wagner and venture capitalist Ted Dintersmith call for a complete overhaul of the function and focus of American schools, sharing insights and stories from the front lines, including profiles of successful students, teachers, parents, and business leaders.

Kickstarting a Conversation About the ‘Inside-Out’ Feelings of Students
EducationPost – by Bridget Laird | June 18, 2015

How Can You Not See the Crisis in Education?
There are two very different worlds in public education—the haves and the have-nots:
Education Post | by Erika Sanzi | May 13, 2015

Most Americans Think Public School Teachers Are Underappreciated And Underpaid
The Huffington Post – Education | By Rebecca Klein | May, 2015

How Age, Education and Race Separate Thrivers from Strugglers in Today’s Economy
The Demographics of Wealth Essay No. 1: Race, Ethnicity and Wealth | February 2015
Federal Reserve Bank of St. Louis